The photo booth history has come a long way since they were first invented. The first known photo booth was showcased at the World Fair in Paris back in 1889. They didn’t produce photographs as we know them but something called a ferrotype. But that is only to be expected as the modern photographic technique we know today had not been invented.

A more modern photo booth was installed on Broadway in New York City in 1925 and for 25c it took, produced and delivered 8 photographs. It took approximately 10 minutes to complete the process but that didn’t stop over half a million people using the photobooth in the first 6 months and was subsequently installed in many other locations.

The reason why so many people used the photo booth in those early days was simple. Few people could afford a camera or the costs associated with printing the photographs. The photo booth brought photography to the masses.

Today of course the photo booths can be transported easily to wherever they need to go. Technology development allows for quality and quick printing.  Modern photo booth options allow for open set ups fitting in more people and the use of walls, nature or backdrops as the back ground of the photos. The “modern” alternative is Vintage designed Photo Booths which are becoming extremely popular with people and organisations looking to add style and theme to their event.

We’ve come a long way since those early photo booths but the one thing they all have in common – they capture your special memories, the event and the enjoyment of the people. 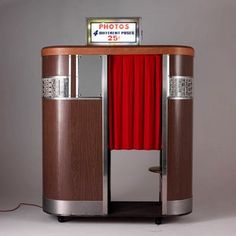 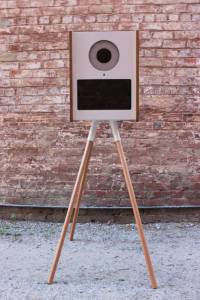 Contact us to book a photo booth for your next event!

Mention that you have read our blog to get a 10% discount off your next hire!

All references are taken from Wikipedia